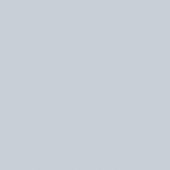 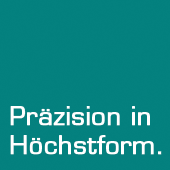 Merger of Nagel GmbH and Varol GmbH.
Mr Serhan Varol joined Nagel GmbH as a further managing shareholder on 01/09/2017. After his own successful self-employment, Mr Varol is contributing many years of experience to our company, among other things in the area of turning. The merger has extended the range of Nagel GmbH services, especially with regard to turned parts.

More machinery!
Two further machines were added to machining production in 2017 to expand production capacity. A new 5-axis milling machine with palletising system and the acquisition of a new Mill S 400U increased productivity.

Brand new to us: the training workshop. Nagel GmbH started training its first apprentice on 01/09/2015. The company is instructing him in the trade of precision mechanics. We wish him much success with this.

Nagel GmbH extended its machine inventory.
Constantly up to date! That is important. Which is why we supplemented our machinery. Our wire eroding department was equipped with a new Cut3000S wire cutting machine and our milling shop with a Hurco VMX30i.

While the number of employees in the interim has increased to a total of 20, Nagel GmbH now offers wire erosion and die sinking, tool manufacture, flat and PeTeWe grinding as well as milling and HSC milling, even for difficult to mill material and complex forms. Nagel GmbH presented a fresh new exhibition concept at the Stanztec trade fair.

As Nagel GmbH developed further processing areas, there was a change in corporate management. Rolf Nagel retired as the company's managing director after 22 years of dedication and success. His position
as shareholder and managing director was taken on by Dragan Rajkovic.

The continuing economic crisis also took its toll on Nagel GmbH. The two managing directors were forced to make redundancies to save the company and the remaining jobs. A fate suffered by many companies in the metal industry during this time.

Whist initially the customer base mainly comprised local and surrounding businesses, collaboration has now grown to include companies from all over Germany and other European countries.

The start of November saw relocation to new premises with an extended area of 850 square metres. This area is divided into 650 m2 of production space and 200 m2 of office and social space. The company's relocation even warranted an extensive article in the Pforzheim newspaper.

Continuous expansion of production and the increase in staff numbers to over 10 employees meant the spatial possibilities in Sägmühlweg in Stein were limited. As no suitable site was available in Stein, Rolf and Achim Nagel decided to relocate to the Allmendwiesen industrial area in Königsbach and create a new company building to meet present – and future – requirements. Construction began.

The rapidly growing company ultimately resulted in reconsideration of the initially chosen legal form of sole proprietorship. Transformation to a limited liability company was necessary. The previous one-man company formally became "Nagel GmbH" with the inclusion of Achim Nagel as shareholder.

The company continuously grew and the first eroding machines were deployed. The range of services in the production area were expanded to include die sinking and erosion.

Achim Nagel joined the constantly growing company. The brother of the company's founder was a mechanical engineer and contributed his know-how in flat grinding, wire erosion and die sinking. The machinery was augmented and the offering was extended to include "flat grinding".

Founding of "RoNa Coordinate Grinding" as a one-man businesses by Rolf Nagel. This was based on profound training and many years of experience in coordinate grinding, the desire for realisation of his own ideas and, last but not least, entrepreneurial spirit. The company was first located in Sägmühlweg in Stein.

We use a session cookie on our website.
According to the General Data Protection Regulation GDPR we are obliged to inform our users about this.
By using our website, you agree.
More information Ok